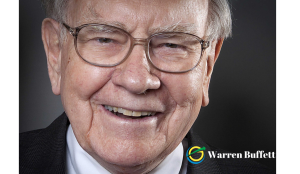 Mistake #1, of many – I was a young graduate engineer and was working  for a major oil company in mineral rich Wyoming.  I made a plan to create a second revenue stream, other than my paycheck.  I proceeded to secure a loan at the bank to purchase 100 head of cattle.  I thought I had sufficient experience from watching my dad as he purchased 600 pound steers, placed them in a feedlot, and let them grow to about 1,100 pounds.    In this approach, I would not need to even get my hands dirty because the commercial feedlot did everything.

WHAT a mistake. It was not that easy. I didn’t know what I was doing. In addition, my new bride would see me fail for the first time.  I remember going into our little bathroom, locking the door, and doing some silent crying because I was in a real mess.   After swallowing some pride, I was able to get out of the deal after losing a lot of money.  Based on that experience, I could have easily given up on this idea of multiple revenue streams.   But I became more determined to shake it off and try again.  From that time forward, I have normally had 4 or 5 revenue streams; not all big and not all producing on a predictable date but still producing.

Warren Buffet has been CEO for nearly 50 years at Berkshire Hathaway, an investment company that not only owns multiple companies, but virtually controls complete industries such as  railroads and newspapers.  When asked to share one of his keys for success, he said, “Don’t worry about making mistakes”.

Suggestions from my experience:

I think the biggest mistake a person could make, is to go through life and never find out God’s calling for their life.  I was blessed to discover that I was called to work as a self-funded minister in the marketplace.  It gives me great freedom and enjoyment to pursue this calling with all that the energy that I have.

What lessons or mistakes would you share to help another young entrepreneur or business owner?  Feel free to join the discussion in the comment section!

Would you like to share some of your life-lessons in a foreign land?  Would you consider going on a Business Mission Trip to one of these countries: Mongolia, Ecuador, Mexico, Egypt, Uganda, China, or other?