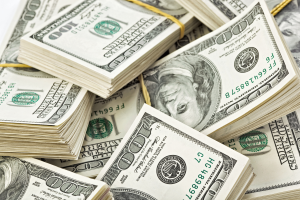 Noelle and Bernard are the parents of three small children and live in Guadalajara, Mexico.    On a Business Mission Trip in February 2013 they were interpreters for our team and the interpreter gets a double dose of the message.  For the November, 2014 trip Noelle traveled to translate again and be with our team.  She shared this story with the audience. — Bernard was working as an architect but jobs were not flowing and even when he got a job, getting paid was difficult. This was causing problems in many parts of their life and relationships.   In the meantime, Noelle had fallen in love with a special grain bread at a local bakery and started working part time for the bakery owner.  At first her only pay was in trade for several loves of the bread that she loved.  Over time, the owner of the bakery decided he wanted to sell the bakery and approached Noelle about buying it.  Noelle was an obvious candidate because by this time she had taken over almost total responsibility for running the operation. 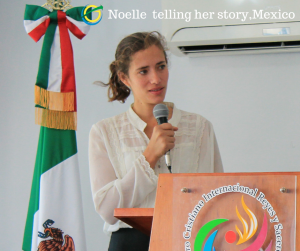 The problem was that Noelle and Bernard had no money, even for a down payment. The owner encouraged Noelle to borrow money from her dad and other relatives because he was very motivated to sell.    Noelle shared with the audience some of the lessons she had applied from the teachings and how she is now the owner of the business and has 5 employees.   The owner handled 100% of the financing and in about 6 months she had paid off about 50% of the purchase price.  It was great to hear her share some of these lessons she had learned from the 2013 teachings: – Be willing to start small in the ownership of your first business – Grow step-by-step because this allows the owner to learn at every level – Many times a business can start with little or no money invested – Chose a business you are passionate about  (at least really like the product or service you are providing) – Avoid borrowing money from relatives and friends – Avoid partnerships because most partnerships have little chance of being successful 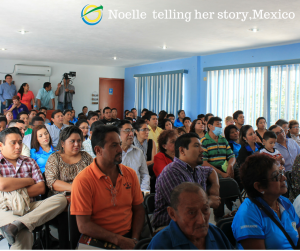 Is the money we send helping or hurting?   Ultimately money isn’t the real answer but we can solve many problems by mentoring and encouraging the next generation of business leaders? Having interacted with many missionaries in all parts of the world, I have become pretty opinionated about how money should be used as we are in the middle of the End Time Harvest.  As Christian Businesspeople, we have a significant responsibility to be “givers” to the Gospel but I believe we have an even bigger responsibility to be “wise givers” along with bring the lasting resolution through business mentoring.   Sometimes it seems that we are extremely careful to spend money wisely in our homes and businesses but we seem to give money without feeling the same responsibility to know that the money is really making an impact.   We are making a mistake if we are creating Financial Dependency, Entitlements, and Hope-Someone-Will-Send-Me-Some-More-Money mentality. Share your experiences!  Have you seen good examples of using money that brought real and lasting changes in missions? We need you!  You are part of the answer! We need your help to train and mentor Christian Business Leaders all around the world.  www.BusinessMissionTrips.org